​Be sure to visit

​​All three layouts are open to the public every Saturday morning (except during August) from 8:00 a.m. until Noon.  All three club layouts are running during that time and club members are present to answer questions.  These open houses are held in connection with the Flea Market also held at the Fairgrounds at that time.  There is no charge for admission to the railroad displays but donations are always appreciated. 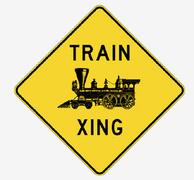 ​The Citrus Model Railroad Club is a non-profit organization dedicated to enhancing its members' and the public's knowledge and enjoyment of railroads and model trains.  The Club provides education and fellowship to the public and to other modelers, as well as the opportunity to learn modeling techniques and assist in the construction and operation of the Club's several model railroad layouts.

Our Next Monthly Evening Meeting

Horticulture Building on the

At an op session:

Who does what, how, and why?

The public is invited!​​​

Zoom is no longer be available for evening meetings.

Looking for the 3D Printing Info?​ See below.

The Citrus Model Railroad Club is a registered 501(c)(3) non-profit organization.  We gladly accept donations of cash and model or prototype railroad items to help further our stated mission.  As such, your donations qualify to be used as a deduction on your personal or business tax return.

The eight members (left) constitute the Board of Directors of the Club.  The BOD handles all routine business and program matters.  There is one business meeting each year that involves the entire membership - the annual business meeting on the first Tuesday of January, at which outgoing officers summarize their accomplishments during the past year, and incoming officers present their plans for the coming year.  Occasional business matters that require action by the full membership are handled prior to the program at the monthly program meetings of the club.

If you know of any:

Sponsors  For those individuals and local businesses that would like to assist our programs and realize some advertising as a significant return benefit, we offer "Sponsorships" at $50 per year.  For that amount, we will make an attractive plate displaying your company name, address, logo, photos - anything you want on it.  We display these plates on our Sponsors Board at the Otto Allen Building at the Citrus County Fairgrounds, where it is seen by visitors to the Fairgrounds flea market every Friday and Saturday, and by visitors at the Citrus County Fair for a full week.  The Fair typically hosts between 5,000 and 7,000 visitors.  Our Sponsor Board is shown in the photo at left (click to enlarge).

Membership in the Citrus Model Railroad Club is open to anyone 18 years of age or older with a genuine interest in model railroading.  To be considered for membership, you must have attended at least 3 meetings within a three month period prior to making application.  These three meetings may include the monthly program meetings and weekly work or operating sessions, and must include the program meeting at which the application is presented to the membership for vote.  Membership begins after an affirmative vote by the majority of members in attendance and payment of dues and fees.  Dues are currently $60 annually and there is a one-time New Member Assessment of $100.

We are located in the Otto Allen Bldg. on the Citrus County Fairgrounds, two miles south of Inverness, FL on US41.  Our GPS address is 3600 South Florida Avenue, Inverness, FL 34450 ​  (however we are not able to receive mail at this address.)

Work sessions on the HO scale layout are held on Friday mornings.  Work usually begins by 9:00 a.m.  Some members might bring a lunch and work usually ends in the early afternoon.

Work sessions on the N scale layout are held on Tuesday

mornings beginning about 9:00 a.m. and usually end before noon.

Note: Separate work sessions are not held on the G scale

layout but may occur during either the N or HO sessions.

If you are interested in learning more about equipment, software or new technology in general click on the blue links below. They will take you directly to the corresponding websites.

If you have any questions, please feel free to contact me at Create3DModels@gmail.com or visit www.NewTechNow.org.
Janalyn Peppel
352-339-3603